In defence of rodents – why healthy ecosystems need them

The following article is authored by Ros Kennerley (SMSG Co-Chair), Abi Gazzard (SMSG Programme Officer), and Connor Panter (PhD candidate), and has been republished from The Conversation under a Creative Commons license.

You might think you have the measure of the rodent family. Perhaps just the word “rodent” conjures images of invasive rats, those urban denizens accused of spreading pathogens and parasites, chewing through wires and spoiling food.

Most rodents are, in fact, more elusive and inhabit quiet corners of rainforests, mountains, deserts and rivers. These small mammals have filled a niche in nature for at least the last 56 million years, and from shrew-rats to true rats and hamsters to beavers, rodents play an important role in ecosystems worldwide.

Yet, a huge number of rodent species are on the brink of extinction. Eking out an existence in shrinking habitats and under threat from persecution, pollution and climate change, rodents are overwhelmingly neglected by research and funding that might help to protect them. We are three conservation scientists determined to show that this is a mistake – and change your mind about these misunderstood creatures. 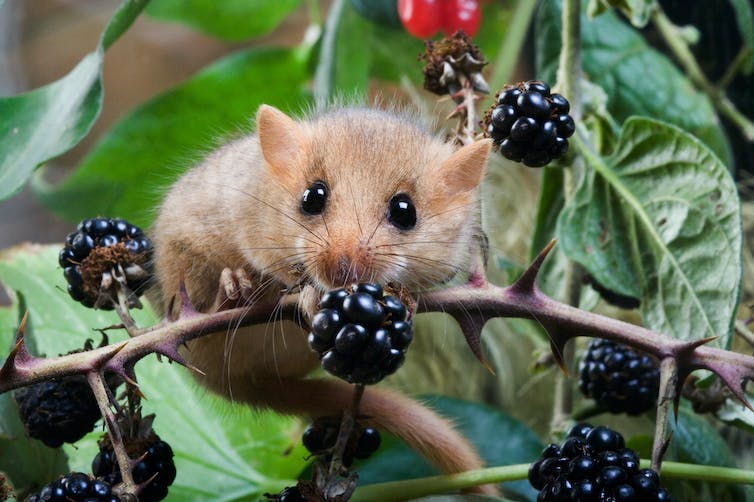 Dormice can hibernate for six months or longer. Slowmotiongli/Shutterstock

Roughly 40% of all mammal species are rodents. There are around 2,375 living species, spanning mice, rats, squirrels, hamsters, voles, porcupines, lemmings, beavers, chinchillas, chipmunks and more. The number of recognised rodent species is still growing and at a seemingly faster rate than other mammal groups including bats, primates and carnivores. Between two comprehensive checklists of global mammal species produced in 2005 and 2018, an additional 371 rodents were officially recognised.

New discoveries are often the result of genetic work that has identified multiple similar-looking species previously described as one. Nonetheless, from the 3g desert-dwelling jerboa to the 50kg semiaquatic capybara, rodents are a remarkably diverse bunch.

This diversity allows rodents to play numerous roles in Earth’s ecosystems. Rodents have a hand (or rather, paw) in determining which plants propagate and where by eating and dispersing their seeds. Beavers engineer entire ecosystems with their dams which help to purify water systems and moderate floods and droughts, while burrowing kangaroo rats create subterranean habitats used by other wildlife. Rodents are also an invaluable link in the food chain, sustaining predators which include birds of prey, wolves, snakes and even spiders.

We shouldn’t forget that humans have long benefited from relationships with rodents. Agoutis in South America are one of the few animal groups capable of cracking open the capsules of the Brazil nut fruit. By hoarding excess seeds, agoutis help disperse their trees throughout the Amazon rainforest and support the global production of Brazil nuts, which is almost entirely dependent on wild harvests. African giant pouched rats can detect tuberculosis in saliva, hidden land mines, survivors trapped under rubble and pangolins smuggled in shipping containers. By studying the resistance of naked mole-rats to cancer, scientists hope to improve our understanding of the disease and its potential treatment. It’s clear that the loss of a rodent species – even the smallest – can have cascading consequences for humans and the environment. 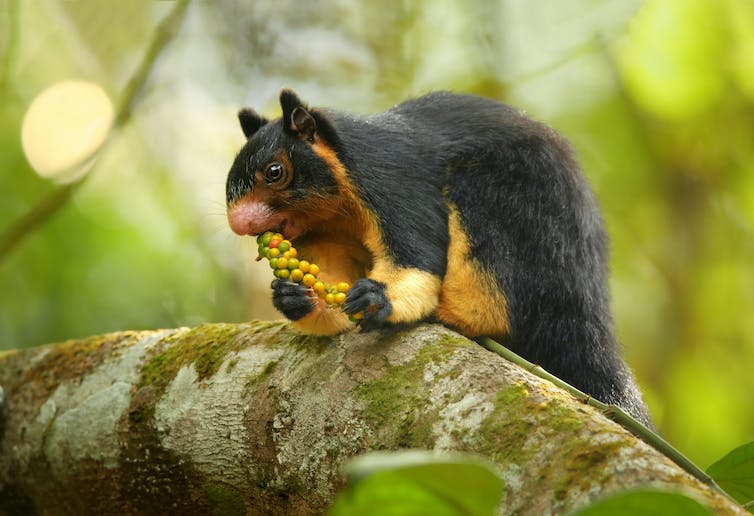 Worryingly, at least 15% of rodent species are threatened with extinction. More than 100 are among the top 560-ranked Evolutionarily Distinct and Globally Endangered (EDGE) mammals, meaning that while they are threatened, they also have few or no close relatives. If an EDGE species were to disappear, there would be nothing really like them left.

For many more species, scientists simply don’t know enough to understand how they are faring: the population trend (whether they are stable, declining or increasing) of at least a thousand rodents is unknown. Even when it comes to zoonotic disease, there are substantial gaps in our knowledge of viruses in rodents and how outbreaks might be influenced by their ecology or population dynamics. The reality is that rodents receive very little scientific attention beyond their discovery and naming.

Rodents are a hard sell outside science too. Studies on the public perception of wildlife demonstrate that rodents are generally the least favoured group. Compared to larger-bodied mammals, rodents and small mammals are referred to on Twitter substantially less, not considered as interesting by zoo visitors and inspire fewer donations to conservation schemes. Even the bigger rodents such as beavers are outranked by large carnivores, birds, moths and bees in public preference surveys.

It is no surprise then that some species have already fallen through the cracks. The little Swan Island hutia, a rodent once endemic to Caribbean islands of the same name, was driven to extinction in 1960 by introduced cats. The Candango mouse disappeared during a similar period in central Brazil, where its forest habitat was almost entirely paved over. Australia’s Bramble Cay melomys was declared extinct as recently as 2016 after rising sea levels gradually degraded the tiny coral island on which it lived. The loss of this rodent is thought to be the first modern mammal extinction caused by climate change.

Some rodents remain unstudied for so long that it’s not known whether they still exist. Gould’s mouse, a species also native to Australia, was thought to be extinct for 150 years before it was recently rediscovered surviving on islands off of western Australia. Another, the Namdapha flying squirrel, was thought to be extinct in the wild until a single specimen was collected in 1981 from northeast India. The species is now listed as critically endangered and is currently known only from informal sightings dated decades ago. Of the world’s rediscovered species, the data shows that rodents remain missing for the longest time, probably because there are not enough people looking for them.

Even well-monitored or well-known rodents aren’t safe. The common hamster is listed as critically endangered, and could die out in coming decades unless its decline is reversed. Its popular pet cousin, the golden (or Syrian) hamster, is also endangered in the wild, clinging on to its last fragment of habitat.

Many rodents can adapt well to landscapes altered by people, but others cannot adjust to this rat race and exist only in dwindling and deteriorating wildernesses. It is likely that we have already lost many species which we never even knew existed.

The first step towards recovering many threatened yet overlooked species may be to alter our own perceptions and behaviour. For the little guys like rodents, this means appreciating that even though they are perhaps not as glamorous or mighty as many flagship conservation species, we are far more dependent on their biodiversity than we might imagine.

Read the original article on The Conversation here.

Do you have any small mammal research that you would like us to promote, or do you need assistance in developing your project?
Please click here to contact us.